The Failures of Ethnic Studies (And How to Fix Them)

I recently completed what amounts to a couple of chapters worth of a report on what ethnic studies educators in Western Washington believe they need to implement a successful ethnic studies program. You can read the results on the Washington State Ethnic Studies Now website. One of the discussions sparked by the data I collected is about which comes first – anti-racism or racial equity. The respondents of my interviews believe that anti-racism has to come first because without it, racial equity is just a buzzword. Others in my teacher activist circles believe that racial equity comes first and anti-racism is the end goal. At least one of my friends believes that both can happen at the same time. I’m grateful that I have such thoughtful and critical educators as friends and colleagues. For me, personally, I tend to agree more with the educators I interviewed.

Here’s how the educators I interviewed defined equity, racial equity, and anti-racism:

Equity – Every educator responded that equity means providing access to systems and resources, focusing on groups that are historically and presently marginalized.

Racial Equity – This term means the same thing as equity, but with a focus on race and acknowledgment of systems of racial oppression.

Anti-racism – This is where there is some variation in opinion among the educators. Every educator used the term “dismantle” in their definition. They all see anti-racism as dismantling racially unjust systems, institutions, practices, and beliefs. A couple educators included capitalism as one system that needs to be dismantled, particularly when it comes to high-stakes testing and standardized, Eurocentric curriculum, and a few white educators included the need to work on their own racism and biases.

In this blog post I want to talk about some differences between terms used in “equity” initiatives in education. I definitely don’t think we can use “equity” to address racial injustice in education. It’s too easily co-opted if it’s not at least “racial equity.” I’ve been wanting to write this post for a while, focusing mostly on culturally responsive teaching, but I’m glad I’ve put it off so I can cover some of my new learning and musings. Specifically I want to argue which comes first, anti-racism or racial equity. Ready? Here we go!

Yuck. Multiculturalism is a necessary evil. We can’t be anti-racist or teach ethnic studies if we aren’t including some kind of multicultural component in our praxis, but just yuck. I say yuck because TOO MANY people stop there and call it equitable. In fact, while visiting a principal in Seattle to discuss ethnic studies, the principal was compelled to inform me that they “already do ethnic studies.” “Don’t you see the posters of different cultures in the halls? Our staff is very diverse, too.”

“Multicultural education is frequently content about the cultures of different groups, often groups considered non-white, which creates the idea of white being the “default race.” Non-white groups are taught about in terms of “contributions” or other additive language.

Surface level culture can be defined as the parts of culture that are easily identifiable to people outside of that culture; for example, food, language, dress, music, holidays, and traditions.”

Even more disturbing is that multiculturalism is where many teacher preparation programs start and stop in terms of “equity” training for prospective educators. If you haven’t read it yet, I highly recommend Equity Literacy for All by Katy Swalwell and Paul Gorski to help you understand why multiculturalism is bad for kids of Color and white 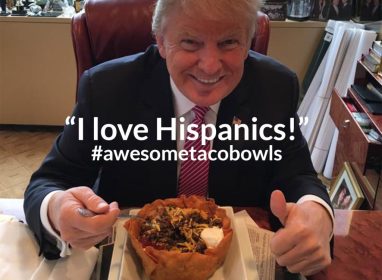 kids. Knowing some trivia facts about “other” peoples’ culture gives white people a false sense of being non-racist. A person can know, and even appreciate, various cultures while still being and acting racist. And we know non-racist = racist.

So here I argue that a person needs to be anti-racist before they can teach multiculturalism. Without the critical race theoretical frame, it’s just liberal multiculturalism. It’s surface level information that makes white people feel better about themselves.

I can’t lie. I love Zaretta Hammond’s book Culturally Responsive Teaching and the Brain. I love it because I believe that in another dimension I’m a brain surgeon. The brain is so fascinating. I remember learning in my undergrad program that the brain is the hardware and culture is the software. I also love the analogy that culture is the lens of the camera and frames what and how we see in the world. I believe that. I see how whiteness has warped our sense of culture, what we value, and what we consider unworthy. BUT Zaretta Hammond herself says CRT is not “social justice” nor does it require “anti-bias” training. It’s not inherently anti-racist. I believe it is a piece of the puzzle, but can do more harm when not prefaced with anti-racist pedagogies. As Dr. H. Samy Alim said in a keynote I attended last year at a conference in L.A., “CRT has been picked up and read through a white, hegemonic lens of assimilation.”

Districts all over the country have jumped on the CRT bandwagon precisely because of what Dr. Alim said. And because the word “culture” is more palatable than “anti-racist” they can’t wait to “do” CRT. They read the book and are suddenly experts creating and implementing Pinterest worthy CRT strategies (seriously – search “culturally responsive teaching” on Pinterest).

Here I’m at a point where I believe we will not achieve racial equity if we aren’t first anti-racist. I can see how both can be done at the same time, but even that comes with the danger of making decisions called “racial equity” without the proper anti-racist analysis. I used this graphic with my sixth graders as a vocabulary inference tool.

My students worked together to define equity and how it’s different from equality. To paraphrase their definitions, equality means everyone starts out the same and equity means everyone ends up the same. When I think about this argument of which needs to come first, I go back to this image. In order for everyone to end up the same, or get what they all need (apples), we first had to dismantle and reconstruct the system (boxes) used for people to get what they need. To achieve racial equity in education we have to be anti-racist first and dismantle then reconstruct education.